I was getting a bit sick of it, to be honest.

It all starts well enough, the initial excited holler when the loose tooth is discovered, the subsequent hugs and swallowed emotion from me – his first wiggly tooth! It doesn’t seem so long ago that I spent sleepless nights while his chompers erupted from baby gums.

But this is before I realise we are worlds apart in this milestone event.

“Is it wigglier?” I ask each day, grovelling around, rubbing my hands together like a predator. He clamps his lips together and shakes his head, “Mmm-mmmh”.

“Wiggle it!” I order. Again, the muffled refusal, “Mmm-mmmh”.

“It hurts when I bite my apple,” he tells me later, “I think it’s going to come out.”

“Mmm-mmmh.” Another determined shake of the head.

I overhear superior discussions with the brothers about his age and maturity now that he is losing his baby teeth, but privately he frets to me about the possibility of losing the tiny tooth, or, God forbid, swallowing it in his sleep.

On and on he goes, day after day after day; I ask/beg/plead with him to just let me wiggle it, but he freaks out and hides under a blanket, muttering to

his five-year-old self that he is just going to keep it in there a bit longer.

Weeks of this we endure, until he accidentally loosens it at lunch, good and proper. A startled squawk rings out, teamed with some panicky breathing and loony hand-flapping, “It’s really wiggly! I don’t know what to do!”

“Bang yourself in the mouth really hard!” Thing 1 helpfully suggests. “WIGGLE IT!” I order.

But no. It’s apparently going to stay right where it is, thank you very much.

We are off to play with friends for the afternoon. He stalls at leaving time and then states, matter-of-factly, that he won’t be going in case it falls out while we are there. “If it does, I’ll look after it,” I offer. “Will you put it in the car?” he asks calmly. “Of course I will!” The correct response, right?

Wrong. “NO!” he shouts wildly, “It’ll be lost forever!” I groan as he runs back through the house, smacking my hand on my forehead repeatedly. We had been so close to leaving.

He emerges after several minutes, a plastic supermarket bag around his face, looking like a freaky little Michael Jackson. “I’m ready to go now”.

“WHAT……are you DOING?” I ask (privately thinking that the kid’s a total whack-job).

“In case it falls out,” he replies, as though it is the most natural thing in the world. I convince him that his behaviour is somewhat unusual and thankfully, during the course of the afternoon, it doesn’t fall out.

The next day, as I am hanging out washing, the air virtually splits and a blood-curdling scream hurtles toward me only seconds before he himself does. A wrongly-bitten apple, this time.

Tears streaming down his face he wails that he won’t be eating apples ever again.  By some miracle I manage to calm him enough to let me have a quick look at the wayward tooth.

Quick as a flash I pluck that tooth right out of his head.

It takes him a moment to realise the fact and when he does, the horror of my betrayal overwhelms him. “…….YOU!” he shouts, You pulled it OUT?!” He throws his head back in a disturbingly wolf-like wail, which slowly transforms into a cackle of elation as he throws his arms around me, relieved and grateful, already talking about the financial gain.

Phew. That could have gone SO badly.

That evening he is full of hopes of the Tooth Fairy, and discusses this with my brother as he pops the tooth into an egg-cup of water.

“Make sure you put it somewhere she can find it,” Uncle James tells him in a dark voice, “Because you know what will happen if she comes for it and she CAN’T find it, don’t you?”

With a serious face, Mr 5 shakes his head.

“She’s coming for a tooth, and if she can’t find THAT one, SHE’LL TAKE THEM ALL, RIGHT OUT OF YOUR MOUTH!”

5 thoughts on “In which Mr 5 is betrayed” 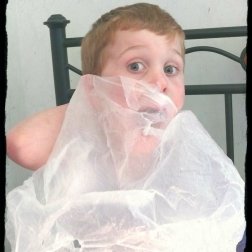 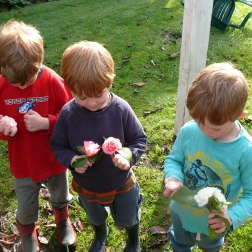